"They told me to go take a break while they stayed inside, that made me feel different" - ADHD Dude - Ryan Wexelblatt 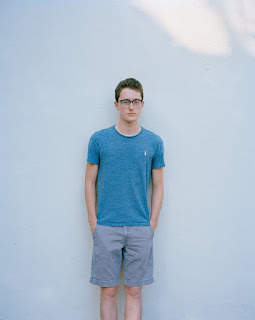 "They told me to go take a break while they stayed inside, and that made me feel different". -Peter, 16

Peter is a very bright and emotionally articulate 10th grader. He is also very "young" for his age. When I meet with Peter he can go from being silly (sticking his toe up to the webcam) to having a sincere conversation in a matter of seconds. Sometimes he's in a good mood and sometimes he's cranky. I'm never exactly sure what to expect when I meet with him.
Peter is a therapist's dream client because he is so emotionally articulate and can express his vulnerability.
Peter plays in a band with several other boys who are 1-2 years younger than him. Due to Peter's social learning challenges there have been group dynamic issues within the band in which Peter feels like he's being singled out. He has his expressed his feelings about this to the other boys in the band enough times that they have nicknamed these conversations as "emotional talks".
Recently, Peter shared with me that during a rehearsal he was adjusting his drum kit while the other band members were ready to play. The boys became irritated with Peter not being ready and told him to go take a break. I commend these boys for even thinking to tell him to take a break rather than just getting frustrated and yelling at Peter.
Peter has no problem speaking out when he feels wronged by others. What he doesn't understand, until it's pointed out to him is how his words/behaviors effected others' thoughts about him and how they treated him as a result of how they were feeling about his behavior.
It is extremely common for kids with social learning challenges to get "stuck" on feeling mistreated by others yet don't recognize how their words/behaviors evoked a reaction in others. To a parent who doesn't understand that their child has difficulty with perspective taking, situational awareness or "getting the bigger picture" it is easily for them to assume that their child is being bullied.
I would imagine that if Peter would have shared this story with a therapist the therapist would have shown him a great deal of empathy and helped him articulate to the other boys how it made him feel when they told him to take a break. Here's the problem with this: empathy is important and it doesn't teach how to think in a social context or use one's "brain coach".
Peter needed to understand (and this is what I addressed):
It would be very easy for a therapist who does not have a comprehensive understanding of ADHD & social learning challenges to think that Peter is being treated unfairly because he is very bright and articulate. I have seen many kids with Peter's profile spend years in therapy and develop a strong attachment to a therapist who provided them a lot of empathy, but nothing in the way of social cognitive skill development. A strong therapeutic relationship is great but is it worth the time and money of not developing these critical life skills that someone like Peter needs?
I'm on a mission to evolve ADHD-treatment beyond typical "talk therapy" into something more practical. :)

Please subscribe to the ADHD Dude YouTube channel for the most recent videos, organized into playlists: https://www.youtube.com/c/ADHDDudeRyanWexelblattLCSW