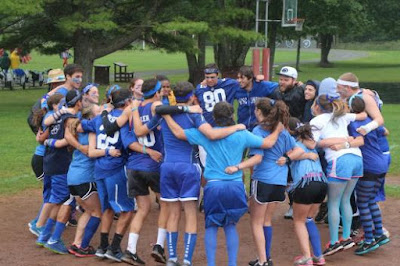 Without fail, every summer I get a phone call from a parent whose son was sent home from overnight camp. Often, these overnight camps fall into two categories: Jewish overnight camps (overnight camp is a big part of Jewish culture, particularly in the northeastern part of the U.S.) and traditional, higher-tuition overnight camps (typically in the northeastern U.S.).The narrative these parents share with me are all very similar. The camp told them that they have successfully supported many kids with ADHD. During camp, their son struggled during unstructured times (which there are many of at most overnight camps, The kid's bunk mates and counselors became frustrated by his behavior, the camp support staff were at a loss, other campers' parents complained because their sons complained and it reached the tipping point where the camp made the decision to send the kid home.

Kids with an inattentive profile of ADHD can do fine at overnight camp because they're rarely a behavior problem thus they are pretty much left on their own. If they don't want to participate in an activity they won't, or they'll carry a book around with them all day and read . They can also do okay during unstructured times because they're not causing problems and often they keep to themselves, with minimal social interaction.
I'm confident these camps never intentionally mislead parents of kids with ADHD. They don't understand enough about ADHD to understand social learning and emotional regulation challenges or how to discern the difference between inattentive and impulsive ADHD profiles. More importantly, they don't know the right questions to ask or whom they should be asking to gather information that would help them make an educated decision about accepting a camper. ----------------------------------------------------------------------------- On the other side of this is camps that market to the ADHD population. Often these camps market themselves as "A camp for kids with ADHD, twice-exceptional, Asperger's, high-functioning autism, etc.". Because these camps need to fill beds at a premium tuition fee most do not have the luxury of being very selective regarding the campers they accept. These camps often take campers with significant emotional regulation/behavioral challenges (whose parents understandably need an extended break from their child's behavior.)
I've worked with many kids with ADHD who have attended these camps and while they enjoyed many of the activities they often talk about feeling out of place given that some of the campers had significant behavioral challenges. The complaint I hear from parents about these camps is that the camps sold them on "social skills development" yet there was nothing tangible that the camp provided the parents in terms of their son's specific social learning needs. ------------------------------------------------------------------------------ I'm a strong supporter of all kids attending camp and I want parents to understand that a camp simply saying that they've "had lots of kids with ADHD who were successful" doesn't necessarily mean anything. Furthermore, a camp that markets to the ADHD population also markets to the general disabilities community because of their need to fill beds at a high tuition cost. While a camp that markets to the disabilities population may say that all their campers are "very high functioning", that does not mean that some of the campers do not have significant behavioral/emotional regulation challenges.
I want kids of all income levels and ages to have the experience of attend summer camp, parents just need to ask the right questions and be transparent with the camp about what their child looks like when they are struggling and how they present in groups during unstructured/semi-structured social situations. The more relevant information you can provide a summer camp, the better chance you have of your child having a successful experience given that the camp might not know what questions to ask.